ENERGY DRINKS – DO WE REALLY NEED ALL THE EXTRA STUFF? 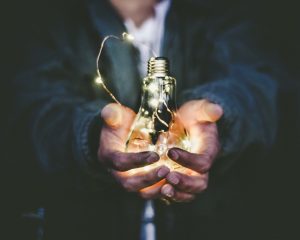 Cutting to the chase:

Most of the evidence currently available would suggest the most beneficial component in these energy drinks relating to cognitive and physical performance is the caffeine component.

As we know energy drinks contain caffeine and in varying amounts depending on the brand you get. For example Red Bull® provides 80mg in a 245ml volume and another called Cocaine® (honestly the names of some of these drinks is just scary) provides 280mg per 248ml.

To help put that into perspective a cup of instant coffee (although this can vary significantly depending on many factors) typically may contain 60mg caffeine (range could be 10 – 170mg).

Along with the caffeine in these energy drinks is a bundle of other components. The most common components typically in energy drinks are: guarana, taurine, glucuronolactone, B group vitamins, ginseng and some others like carnitine, milk thistle. Apparently these components are meant to provide an extra bang for your buck… with many claims being made relating to each.

Lets look at the research

A literature search was conducted and found 32 articles looking at the effects of components found in energy drinks, on cognitive and physical performance either alone or in combination with caffeine. A systematic evaluation of the evidence taken from these articles found:

There is currently a significant lack of evidence substantiating claims often made by energy drinks about these components providing a cognitive and/or physical performance benefit (McLellan and Liberman, 2012).

Further good quality research is needed in order to identify whether these components in energy drinks provide any benefit. Until then the evidence does not look promising.

If you choose to consume energy drinks be smart about it. Monitor your intake and know the potential effects of consuming the product in the quantity that you choose.