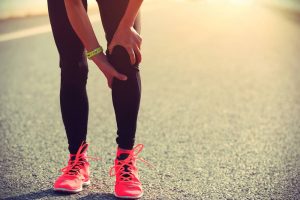 Many athletes are trying a new “juice”. It is green, smells funny and is acidic with a vinegary dill like taste. Could it be the new superfood for athletes with exercise associated muscle cramps (EAMC)?

As we all know EAMC are common in athletes and can stop an athlete from performing at their best and even finishing their event. Unfortunately the cause of EAMC is not well known although there are many theories. A study by Kevin Miller et al 2008, found that 25% of athletic trainers used a “juice” to treat EAMC and the “juice” was Pickle Juice.

Furthermore Miller et al 2010 in a cross over design electrically stimulated the muscle, flexor hallucis brevis (FHB) (a muscle located in the sole of the foot) to cramp in 10 hypohydrated healthy male collegiate volunteers and provided subjects with water or pickle juice (1ml/kg BM), 2 seconds after the cramp was initiated. They found that cramps were alleviated ~45% faster with the pickle juice compared to water.

Pickle juice is not new, people have been using it to treat muscle cramps for many years but it is only recently that its knowledge and popularity has become more widespread. There has been concern with the use of pickle juice because it was thought that it could influence hypertonicity and cause hyperkalemia however a study by Miller et al 2010 found no difference in sodium concentration, plasma potassium, plasma molality or change in plasma volume up to 2 hours following ingestion.

Pickle juice when consumed in <150ml should not aggravate gastrointestinal symptoms. However consuming large doses such as >550ml can do. A benefit of pickle juice is that it is not sweet which can be useful in endurance events such as ultra distance trail running where flavour fatigue is common.

So how does it work?

Tough question. Cramping is not fully understood so the answer is not clear. A theory is that a reflex is triggered by the acetic acid (vinegar) in pickle juice, in the mouth or upper oesophagus that affects the nerves that send signals from the brain to the muscle fibres. Transient receptor potential channels and acid sensing ion channels have been suggested to be involved however this is debated and at this stage the mechanism is only speculative.

What is actually in pickle juice?

They contain the following ingredients:

How to use it

The PJ Extra Strength is (I believe) the most practical for endurance athletes as in most cases athletes are looking to minimise the weight carried during races. It is in an easy to open small bottle and personally I have not found the taste worrying and neither have my clients who have trialled it.

Whether you can take this as a preventative or prophylactically is not known and is speculative. It will depend on the individual and their event regarding timing of intake and strategy. In one example of an Ironman athlete I worked with he used it at transitions and during the ride and run as part of his overall race nutrition plan. There are some suggestions to use it pre-event start, but again scientific support for this is currently lacking.

This is the other common strategy where it has been shown to reduce the length of the cramp is to take it when you feel what you think is a cramp coming on. In Miller’s study (mentioned above) the subjects ingested the pickle juice when they experienced a cramp.

I would encourage your clients to practice it in training first. I am aware that cramping is not something you can necessarily just turn on but it is important to ensure that your client tolerates the PJ (e.g. it does not cause gut issues for them and is palatable) and are familiar with how to best use the product for their situation.

I have given PJ Extra Strength to some of my endurance clients with a history of EAMC – some are ultra trail runners and the others are ironman athletes. Some of these athletes have reported that they used it in their racing and found it helpful. When they felt a cramp coming on they started consuming the PJ. Some use it as a preventative (e.g. used it at transitions in ironman and during the bike and run leg of the race). I have also had a client who was concerned about gastrointestinal upset and therefore he sipped the juice (e.g. did not have it all at once but more so had it over 15 minutes) with good result. These case studies are of course anecdotal information – whether pickle juice was the actual reason for their individual experiences is unknown.