Runners who participate in regular intensive training sessions are amongst the highest risk athlete group to experience iron deficiency especially female and adolescent runners. If iron depletion continues to go unnoticed and therefore untreated then this may progress into a stage called iron deficiency anemia (IDA) and this is where the runner’s performance capacity becomes dreadfully limited.

Iron is incredibly important for runners helping them achieve their aerobic and endurance capacity. It is involved in oxidative energy production, helping transport oxygen to the body’s cells and being a component in particular enzymes involved in the production of energy. Iron is required for many other reasons including red blood cell production and for immune, neuron and thyroid hormone function.

IDA impairs aerobic and endurance capacity as it is at this stage where haemoglobin (oxygen transport protein) is compromised and just a small decrease in this protein has been shown to decrease athletic performance by 20%. The effects of iron deficiency on performance is not as severe as IDA since haemoglobin levels are not affected at this stage and it is only the iron stores that become depleted. There is some evidence suggesting iron deficiency impacts on the runner’s capacity to train, their work rate and energy efficiency becoming impaired. 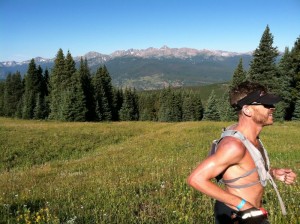 The runner with iron deficiency anemia will feel symptoms of fatigue, lethargy, breathlessness and weakness it is less clear whether these symptoms occur in iron deficiency alone. Obviously with these symptoms of tiredness the runner is less able to concentrate in training making themselves more vulnerable to injury. Sometimes runners with depleted iron stores can look quite pale, feel generally “run-down”, mood state can be influenced and appetite may decrease. However these symptoms can also be the result of other factors such as medical conditions, overtraining, stress or lack of good quality sleep and therefore it is important not to self-diagnose and to seek qualified medical professional help.

Diagnosis of Iron Deficiency and Anemia

Confirming a diagnosis of iron deficiency and anemia should be carried out by your qualified medical professional as there are a number of diagnostic criteria to be examined and it is not something to be self-diagnosed. Once the diagnosis is made assessing the cause(s) is important in working out an appropriate treatment plan.

Haem iron is absorbed into our system 4-5 times more easily than non-haem iron.

Red meat such as lean lamb and beef are considerably higher in haem iron than chicken and fish.

There are enhancers and inhibitors of iron absorption; haem iron is barely affected by these however non-haem iron can be significantly influenced.

Depending on the balance and amount of these enhancers and inhibitors in the diet will influence iron absorption (bioavailability) from the total diet.

“You want to feel like a rock star with energy, not run down and fatigued” 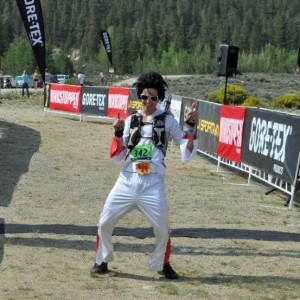 Why do athletes/runners get iron deficiency or anemia?

There can be a number of factors involved in influencing iron deficiency and anemia including medical reasons, physiological (heavy menstrual bleeding, high iron requirements for growth in adolescents) and dietary factors (including vegetarianism being more difficult to achieve recommended iron intake due to more limited food options and these coming from the less bioavailable food sources e.g. non-haem iron).

In runners other factors influencing iron deficiency and anemia is the increased iron requirements due to their training load (this depends on the level of the athlete and how strenuous their training is (duration and intensity)), iron losses through gastrointestinal tract bleeding, sweating, urine, “foot strike” damage to red blood cells in the feet, injury and other possible damage to red blood cells. It is important to note however if your physical activity program is moderate and not strenuously demanding as for highly trained and elite athletes, this physical activity level should not significantly affect your iron status.

A diet that is low in total iron, haem iron and/or has low total iron bioavailability such as low energy diets, high carbohydrate diets and vegetarian diets increase the risk of iron deficiency and anemia occurring.

Depending on whether you have iron deficiency or anemia and it’s cause(s) will influence the treatment plan. Iron supplementation may be required. It is important you seek medical advice about the use of iron supplementation as there can be side effects such as abdominal symptoms and long term use and excess intake can carry long term health risks.

It is important to implement good dietary practices such as increasing your dietary iron intake to meet your population recommendations and optimise iron bioavailability.

You should ensure you are consuming an iron rich diet optimising your haem iron intake if possible (e.g. if not vegetarian), limit intake of iron inhibitors with meals, include foods that enhance iron absorption in meals or that decrease the effect of any inhibitors.

Liver (perhaps not my tastiest of the top 5), lean beef rump or lamb steak, egg and lean pork

How Much Iron Do I Need Each Day?

How much iron do runners need per day?

Should runners adjust their training or race goals if diagnosed with iron deficiency? How long can it take to restore levels?

This depends on the extent of iron depletion, if they have advanced to anemia then this may take some time to correct depending on the cause(s) and dietary treatment plan. Working with your sports doctor and accredited sports dietitian will be the best way to optimise your iron status.

When iron stores are severely depleted such as in iron anemia dietary practices alone will do little to help restore iron levels quickly and iron supplementation is likely required. Iron supplements may be required for 3 months for full recovery of iron stores, your sports physician should monitor your status. Supplements are generally stopped when your iron status has returned to within your normal or recommended levels.

Consuming some vitamin C rich foods or Vitamin C contained in the iron supplement can help increase iron bioavailability from the supplement. Remember that self-administering iron supplements can be harmful and is not recommended, seek medical professional advice.

Is your nutrition on track? Or would you benefit from checking in with a Sports Dietitian? Can you improve your nutrition, health and performance? 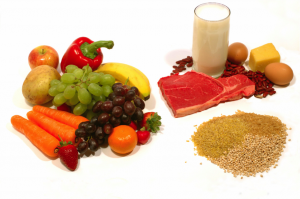